There is some overlap between these two topics but I think they would be expressed quite differently so I think covering both topics in one project would be spreading my self too thin. I think I should aim to have at least one practical exploration in each area before the next studio session.
I also began watching Hypernormalisation again. The documentary is dense with historical examples of simulation so it may make good reference.
29
After having another look at my brief, I think I have a good direction to start moving in. Theoretically, I am keeping the same methods (poststructuralist semiotics) but I have narrowed my scope down to political tokenism.
Political tokenism is when purely symbolic elements of an ideology are adopted, but there is no real change. I am most interested in exploring this area in the corporate sense. During the Black Lives Matter protests over Summer, hundreds of brands came out in support, adopting the imagery and leaving messages in support. The figurehead of the current movement, Colin Kaepernick was selling Nike clothing, PG Tips and Yorkshire Tea were arguing with racists on Twitter, Call of Duty blacked out its loading screens.
Corporations obviously don't care about BLM, they are amoral systems designed to maixmise profits for shareholders. But I was totally taken by surprise when people bought into this cheap token.
This is completely anecdotal, but in my experience, people generally praised brands for this move. Even going as far to boycott and berate the brands competitors like complete suckers.
I am mostly concerned with the consequences of dissident signs being adopted by the elite in the system that they oppose. The means in which the system is challenged is subsumed by said system and so politcal opposition is completely ineffectual.
Nike stock as nearly doubled in value since their BLM campaign in 2018.
If I could create a piece that is a warning, a cautionary tale. Or even just highlighting this system, I think that would be interesting.
Now I need to focus in the practical methods in which I will convey this message. I am considering looking into Kitsch. I don't know too much about Kitsch but I know it adopts and reappropriates popular signs. I like how it smashes them together, often producing surreal results. Like this Lady Diana mug with legs...

30
I finished watching Hypernormalisation last night, I think it was the third time I had seen it. This time, probably because I was taking notes, it seemed to make way more sense than the first time I had seen it. The relationships between each event seemed far too complex for me to get around it but now I think I have a good understanding of everything he mentioned.
I think Adam Curtis uses the poststructuralist technique of studying a field throughout history in order to explain where we are today. I always thought Hypernormalisation was a reference to Baudrillard's Hyperreality, but instead it was coined by a Russian writer to describe the acceptance of the Soviet Unions false reality by the populace. I suppose Hypernormalisation could be a process in which Hyperreality is reached.
Curtis seems to believe that the contemporary state of politics is a result of decision-making being surrendered by politicians and left to controlled by the market. Politicians became increasingly ineffective, protests and revolutions consistently failed. As a result the population became increasingly apathetic. This claim is certainly true, the turnout in UK elections has never been as high as it was 9/11.

Interestingly enough, I was also trying to find what demographic British nationalists were. I used the Brexit referendum to guage this because I think it is fair to say that the vote was based on national identity, not on the politics. I found that Brexit voters were mostly in C2DE social classes, poorer and the biggest difference were they were extremelly apathetic. I'm not being snooty, I think it seems like decades of electoral poltics has made absolutely no difference to the more vulnerable in society. Maybe Brexit seemed like an opportunity for actual change.
But anyway, I found the most interesting idea in this documentary the idea of perception management. It originated in the Reagan administration where Reagan was being pressured to act in response to a suicide bombing carried out by Syria. Attacking Syria would be disasterous due to their allies, and doing nothing would make Reagan seem cowardly to the American voters. They found that they could pin the attack on Libya, due to the powerlessness of the country. They had to construct a public image of Gadaffi that made him out to be a villain, and he played along. Everybody knew this was a fabricated reality, but it was the best result the Reagan administration could hope for.
The West would continually manipulate the public view of the outside world. There are a good view instances of perception management that I have fallen for, that we all have fallen for, but a couple have been uncovered to me in recent years. Like growing up, the word communism was interchangable with Naziism, I didn't really understand the concept but the word both signified the same thing to me. Also, the more recent threats to the West turned out to be totally fabricated. I remember it was a common narrative that ISIS would have little trouble conquering Europe, or that North Korea was going to start a war with the US- which would be the equivalent of Ronnie Corbett challenging Mike Tyson to a boxing match.
Perception management has been taken to the extreme in Russia. Curtis credits Putin's aide Vladislav Surkov for the success of Putin's power. Surkov has a background in theatre, which he applied to Putin. He completely masked Putin's true intentions by supporting rivalling causes, and opposition parties. He also invented what is called non-linear warfare, where a military chooses to fight for strange causes. The war is never won, but that is not the purpose, the purpose is to heighten the public capacity for perception management.
I have also done some thinking about how I can make a start to doing some practical work. I am considering designing my own political commodities. If corportations can package a political message and sell it back to you- the most obvious examples are climate change and veganism, then why don't I create commodities that are obvious appropriations of political movements. The most literal example I can think of this is Che Guevara, who is known for being a T-shirt.

I started a Pinterest board where I am collecting examples of Kitsch that I could manipulate into representing ideology. 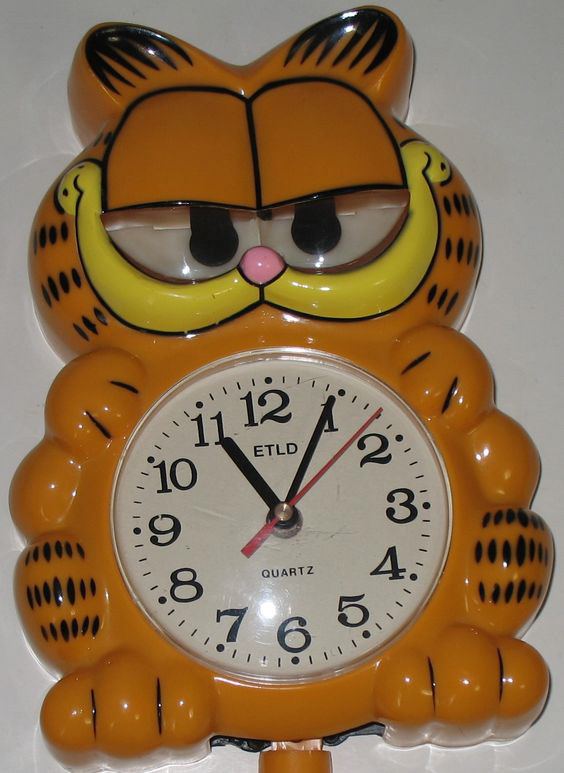 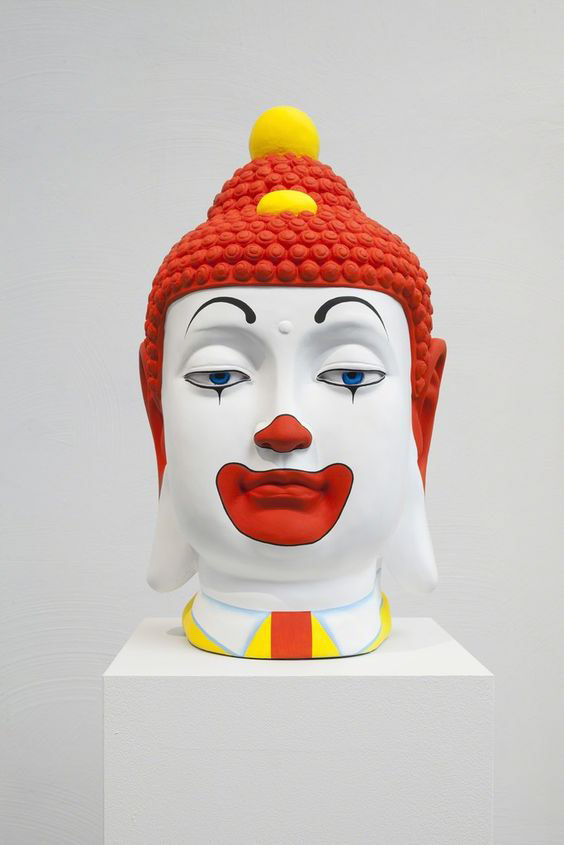 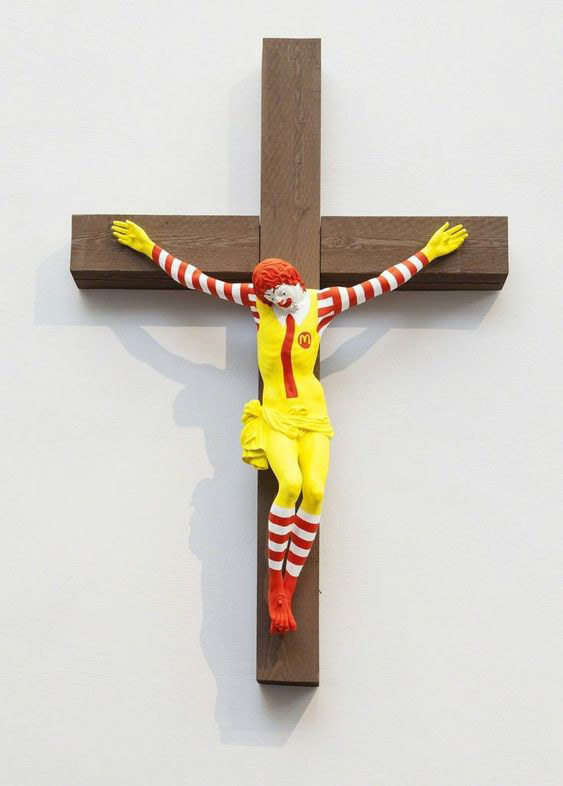 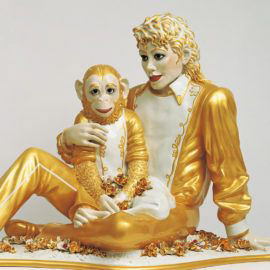 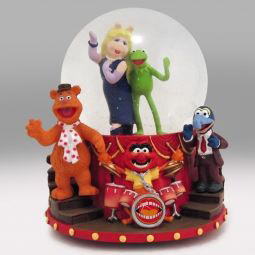 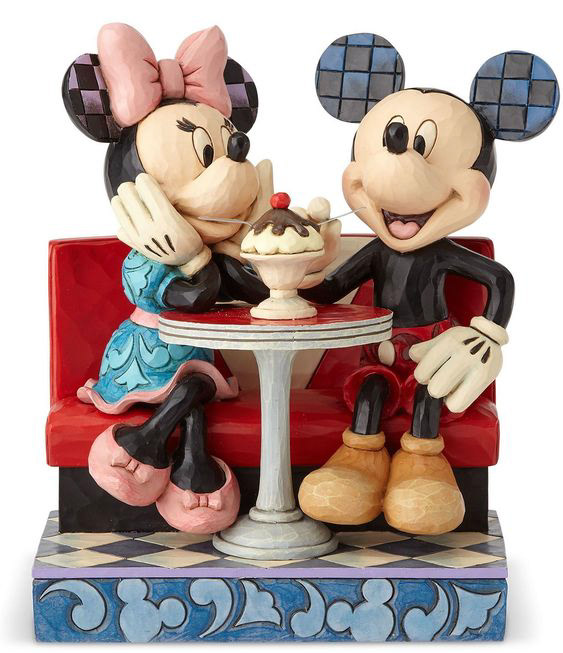 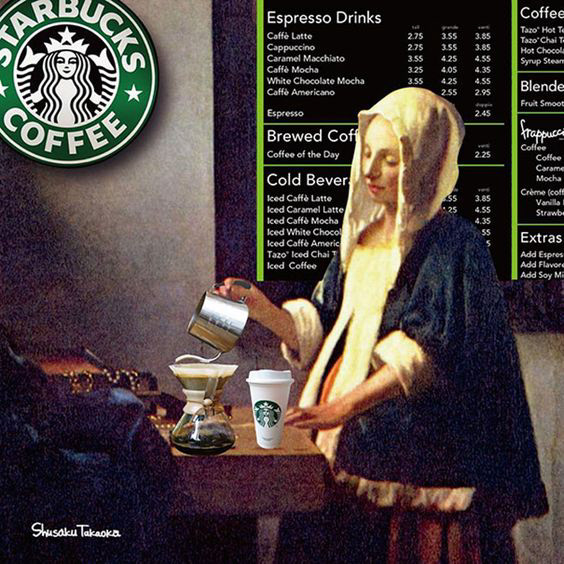 The Gift Shop Souvenir
The items found in a gift shop are intersting. They make very little effort to disguise their intention of making money. They will often take a sign that represents the idea of a the company that sells them, and paste them onto commodities that serve an unrelated purpose.
Take the Garfield Clock above, the first sign is the clock, the clockface signifies time. The sign of the clock is within another sign, Garfield, who represents a fictional character in the comic strip. The clock and Garfield are completely unrelated. I feel like Garfield melts away into the clock, the clock is unaltered by Garfield's presence, and Garfield is emptied of any meaning. He is merely an icon, he exists as an empty sign.
Now this emptying of the sign becomes of particular interest when the sign is ideological. This is more rare, as the commodification of a sign is a disrespect to it- it has the intention of draining any non-commercial substance from it. The example I used above, Che Guevara, is recognised as an icon over a revolutionary. Cultural value has great sign-value, appropriating it will increase the value of a commodity.
As this is so obviously disrespectful, commodities rarely appropriate cultural icons that would generate outrage. In order to profit from culture, they need to play at being part of said culture. If Colin Kaepernick is a sign for BLM and also a sign for Nike, Nike is a sign for BLM. Their products are imbued with BLM sign-value. Now this is just as respectful as BLM gift shop mug. Nike is BLM merchandise, BLM is Nike merchandise.
October Journal
↑Back to Top